Over the past decade, we have been working with brands in the digital sphere and designing engaging interactive experiences. Each month, our products are used by over 5 million people.

Rabbi Interactive Agency was founded in 2005 by Gil Rabbi, one of Israel’s digital pioneers. The groundbreaking agency soon became a technology leader, and among other things, the company has carried out complex products that traditional advertising agencies have had difficulty executing. As a groundbreaking agency ourselves, we always strive to be pioneers in the field of innovative technology.

Rabbi also operates in the global arena and is a leader in second screen and real-time technology. The company was also recognized as a leader in product development for live events when it developed the app and technology allowing viewers to lift the screen curtain on live broadcast television, such as on Rising Star. This technology reached its culmination in 2018 when viewers choose Netta Barzilai as Israel’s representative in the Eurovision, as well as for Kobi Marimi in Eurovision 2019.

In 2019, Rabbi Interactive Agency led the global digital processes for the Eurovision, which took place in Israel, and together with the European Broadcasting Union (EBU), the agency launched a number of products including the interactive game ‘Douze or Boos’ through which the Eurovision Song Contest was introduced to the public for the first time.

The game was launched on the Eurovision app and website with the ability to listen to song snippets without knowing the song’s country of origin or performer. This is how Eurovision fans from around the world chose their favorite songs, free from any political interference or pressure. The game was well-received and positively covered in the European media.

Another product that the agency launched with the Israeli Public Broadcasting Corporation and the EBU is the ‘Eurovision Predictions App’ through which the audience was invited to predict the exact results of the Eurovision contest and perhaps even enter the global experts list, including those who successfully predicted the outcome.

In 2016, Rabbi, together with the Keshet, Israel’s largest television franchise, launched a unique platform allowing broadcasters to generate second screen experiences, thereby turning viewers at home into active participants during the broadcast via real-time screen synchronization of the second screen with television content. Following the platform’s launch, Amazon published a Case Study concerning the widely-acclaimed platform around the globe.

In preparation for the 2018 Eurovision and in order to create support and buzz for TOY, the song of the Israeli contender Netta Barzilai, Rabbi launched together with the Israeli Public Broadcasting Company an augmented reality filter adjusted to the Facebook and Instagram camera, thus becoming the first in Israel to develop such an effect on these platforms.

The filter allowed users to share their own stories with Netta Barzilai’s pigtails and kimono to the sounds of TOY in the background. The move was a success and the many online shares before and during the event affected audience opinion, creating significant exposure for Netta and her song all around the world.

Before Aviv Geffen’s ‘Rock & Roll Bowl’, the agency launched an augmented reality filter adjusted to Facebook’s camera with the ability to choose from a variety of Aviv Geffen’s make-up styles over the years. The filter was a great success in Israel and was also incorporated in the Bowl itself.

In 2017, Rabbi Interactive Agency launched an app for the Israeli television game show “Domination” on Keshet. The game, hosted by Eyal Kitzis, brought together contestants in the studio and viewers at home who played with them in real time, trying to beat the studio contestants with trivia questions. At the same time, the company launched a T5 platform set up for Mako and Keshet, which soon became one of the most successful platforms in Israel.

In 2015, the company, along with the TV franchise Keshet, launched TOUCH, an interactive TV game show with at-home viewer participation. Viewers had to figure out what was wrong with the images presented on the TV screen using a dedicated mobile app, which enabled interactive movement and zooming in the pictures. The viewer that succeeded in locating the image’s faults in the quickest time was crowned the winner and was presented on the live broadcast.

The game show, which was developed by Ido Rosenblum, was sold to Caracol, a TV channel in Colombia where it was broadcasted live during the primetime evening slot. The show’s viewers participated in the program with the app developed by Rabbi Interactive Agency.

At the prestigious MIP TV festival held in Cannes, TOUCH joined forces with Rabbi’s technology in the list of the ten most intriguing formats in 2016, earning Israel esteemed representation in the global media.

In 2014, Rabbi Interactive Agency launched a unique digital step in the final advertisement of the Big Brother TV show for Orange. This unique move was a game synchronized with advertising broadcast times in which viewers tried to catch the different icons presented on the television screen. This move and the game were great success and hundreds of thousands of viewers played in front of the screen during the commercial breaks.

In 2010, the company led a first-its-kind digital move by combining the offline and online worlds of the bathing suit brand “Pilpel” Swimwear. The campaign was very successful and was subsequently entered into the Best Use Of Social Media category at the Cannes Film Festival.

We do Intra-organizational systems second screen applications websites mobile applications content management systems marketing campaigns digital branding In the last decade, we have executed more than a hundred projects in various fields. Among our customers are companies such as American Express, Mako & Keshet, Co-op Israel, Orange, El-Al, Super-pharm and many others.
A few words about our work process

Analyzing and examining the company’s operations and competitors, understanding the brand is perceived by customers etc.

Connecting between the characterization stage and company branding, as well as creating the product’s graphic infrastructure. At the end of this stage, you will get a glimpse of the final product.

Product development based on the materials in addition to the interactive elements. Searching for faults and inaccuracies and their repair, adaptation to a variety of platforms and load testing.

Result analysis, drawing conclusions from the product, and then making the adjustment or redesigning of the company’s strategy. 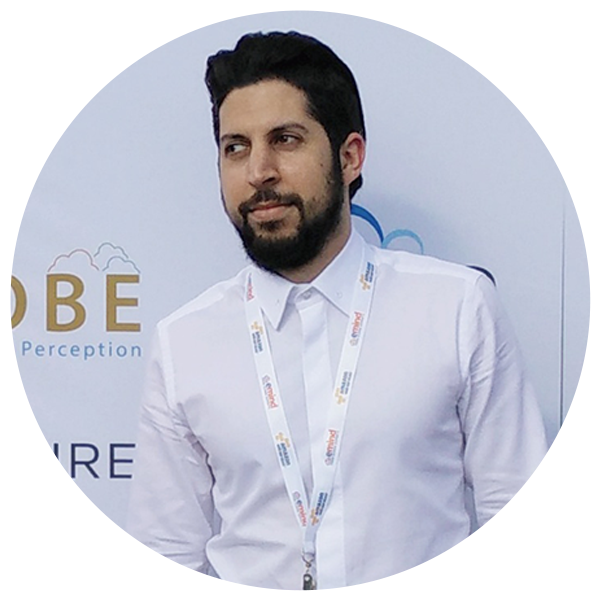 One of Israel's digital pioneers, Gil founded Rabbi Interactive in 2005 and led major innovations in the digital world. An active member of the start-up community and partner in a number of global ventures, some of which he founded himself.
read more 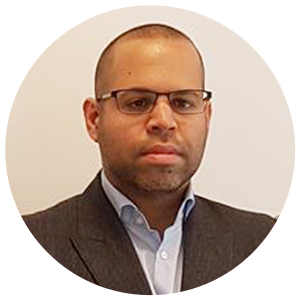