In anticipation for Aviv Geffen’s Rock Ball 7, together with Aviv Geffen and for the first time in Israel, we have launched an augmented reality effect with Facebook’s and Instagram’s cameras, with the option of choosing Aviv’s makeup styles from over the years. This is the first AR effect in Israel being carried out on Facebook’s camera.

Aviv Geffen uses the effect on himself

As every year, the musician and songwriter Aviv Geffen is giving a rock ball, this year marking 70 years of Israeli music. The ball is considered one of the most highly invested productions in Israel, and in order to make the experience complete for the digital world too, we have launched a augmented reality effect on Facebook’s camera, enabling the audience to create story videos for Facebook and Instagram with Aviv Geffen’s well-known makeup from over the years, combined with some of his hits.

In the course of the work process and the makeup styling and modeling stages, we tried and tested the effects and models we created in 3D on Aviv himself, so that the makeup would closely replicate Aviv’s own styles over the years. To enhance the experience, when the user opens his or her mouth, peace symbols float about and the user gets the feeling of blowing peace symbols in the air. 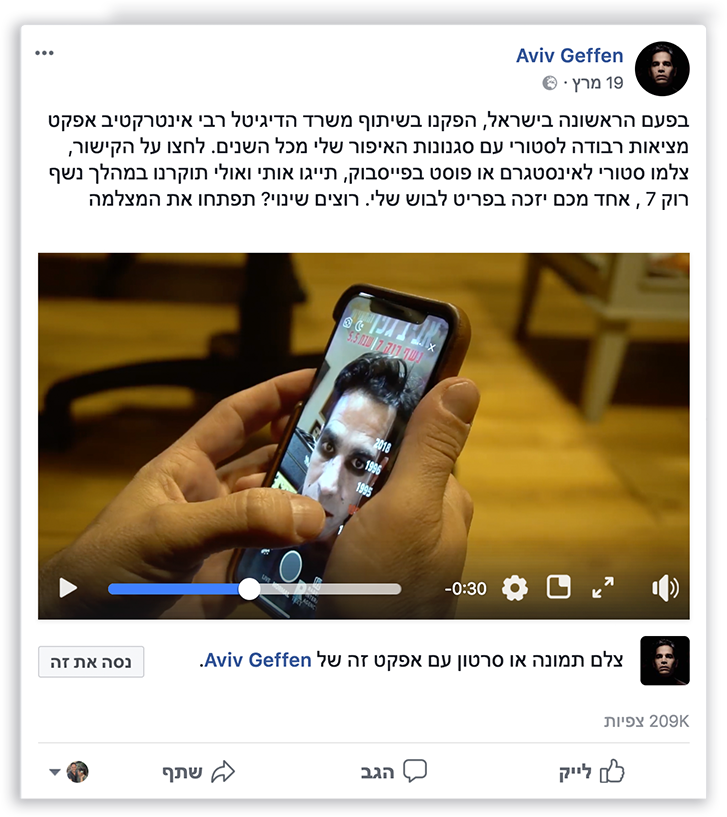 The effect has received a lot of online buzz and has filled the story with thousands of videos of people with Aviv’s makeup, which has led the media to embrace the effect and discuss it.

“There is no artist in Israel producing such powerful, all-encompassing experiential shows like Aviv Geffen, and as such, with the launch of our AR department, we knew that we had to enhance the experience of the ball in the digital world as well,” says Gil Rabbi, CEO of Rabbi Interactive Agency. “We modeled the makeup styles that changed over the years in 3D, and we combined sounds and effects from past performances to enhance the experience.”

Aviv Geffen: “I was happy to work with Rabbi Interactive and when they suggested the idea to me, I was glad to collaborate. The world of AR fascinates me technologically and it is the marketing evolution of the future. I was pleased to be the first artist using simulation of this kind. During the ball, we will be screening the videos that the audience posts and one of the winners will receive an original item of my clothing that I actually wore in a live performance.” 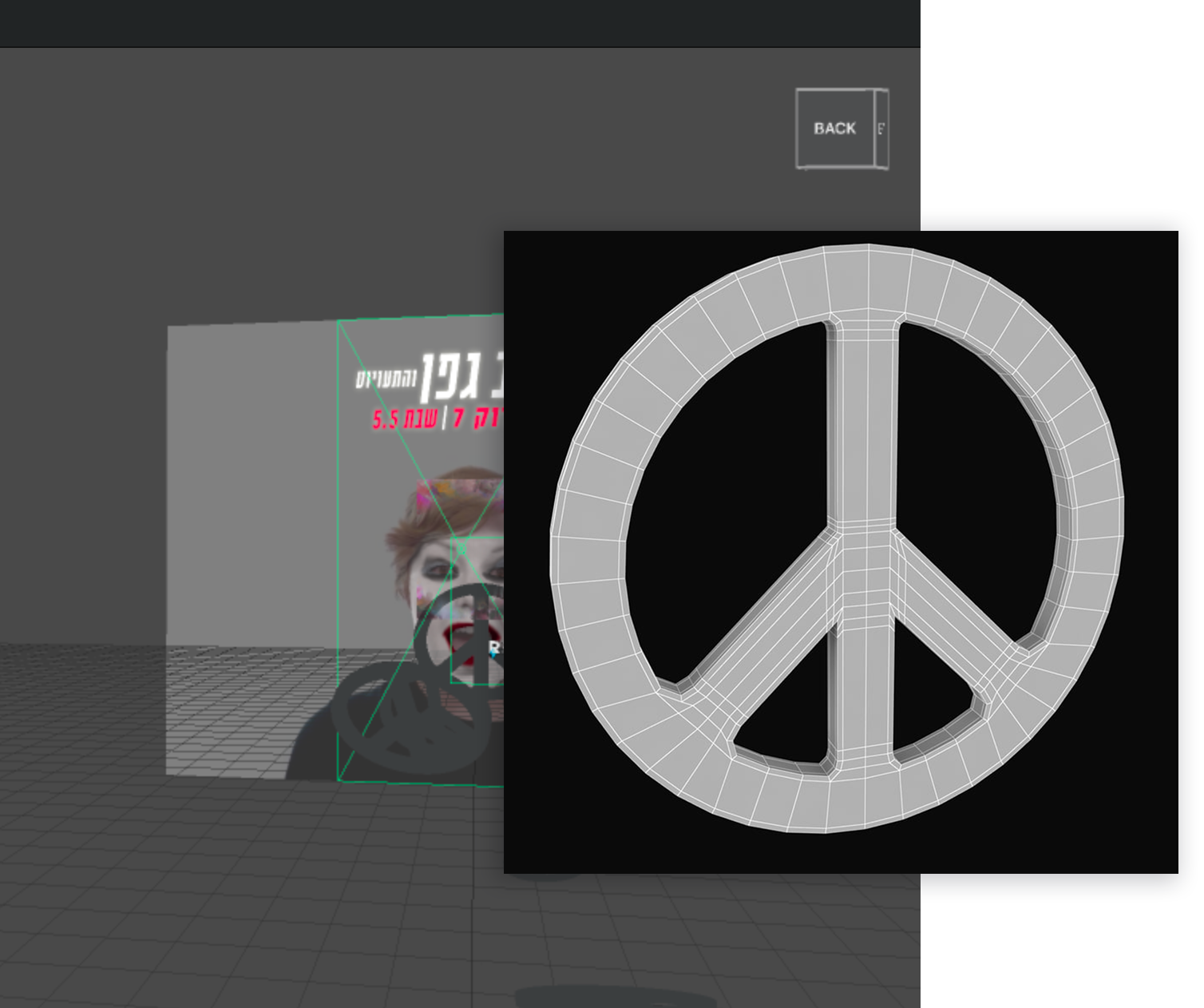