Developing the technology and the app for this digital format for Keshet was first broadcast in Israel before being sold to other countries. The format was developed by Ido Rosenblum. The format was broadcast for the first time during an evening commercial break in order to keep viewers engaged with the screen for more time. The game opens in an app when the show’s host launches it and synchronizes exactly with the broadcast.

TOUCH is a cross-platform TV game, a digital format from Keshet developed by Ido Rosenbum. The format was broadcast for the first time on Keshet during a commercial break in order to keep viewers engaged with the on-screen advertisements. The game is custom made for advertisements and allows viewers to become active contestants in the game via their mobile devices while watching commercials.

With the technology that we’ve developed, viewers at home become active participants in conjunction with what is happening on the TV show. Game participants need to figure out “what’s wrong with the picture” in a given timeframe, along with the game show contestants.

When Keshet’s broadcasting days were re-organized and launched, the franchise searched for new ways to keep viewers in front of the screen during commercial breaks and to make them accustomed to these new broadcasting days.

Every Friday, viewers waited for the TOUCH break, which appeared at varying times during the commercials and programs. During every break, the TV host Leon Rosenberg presented an image on the TV screen, while the same image was simultaneously displayed in full synchronization on the app with an interactive interface in which viewers at home were able to enlarge parts of the image at any point and pinpoint the areas where something was wrong.

Time synchronization is one the key challenges in product development and it is the primary component to take into consideration during the design of the technology and server environment. At the exact same time that the host presents an image on the TV screen during the live broadcast, the app needs to open the game with the same image and close the game exactly when the host closes the live game. Showing the image and opening the game to viewers had to be in perfect synchronization the moment that the game appeared on the TV so that every viewer at home was simultaneously playing in front of the “big” screen. 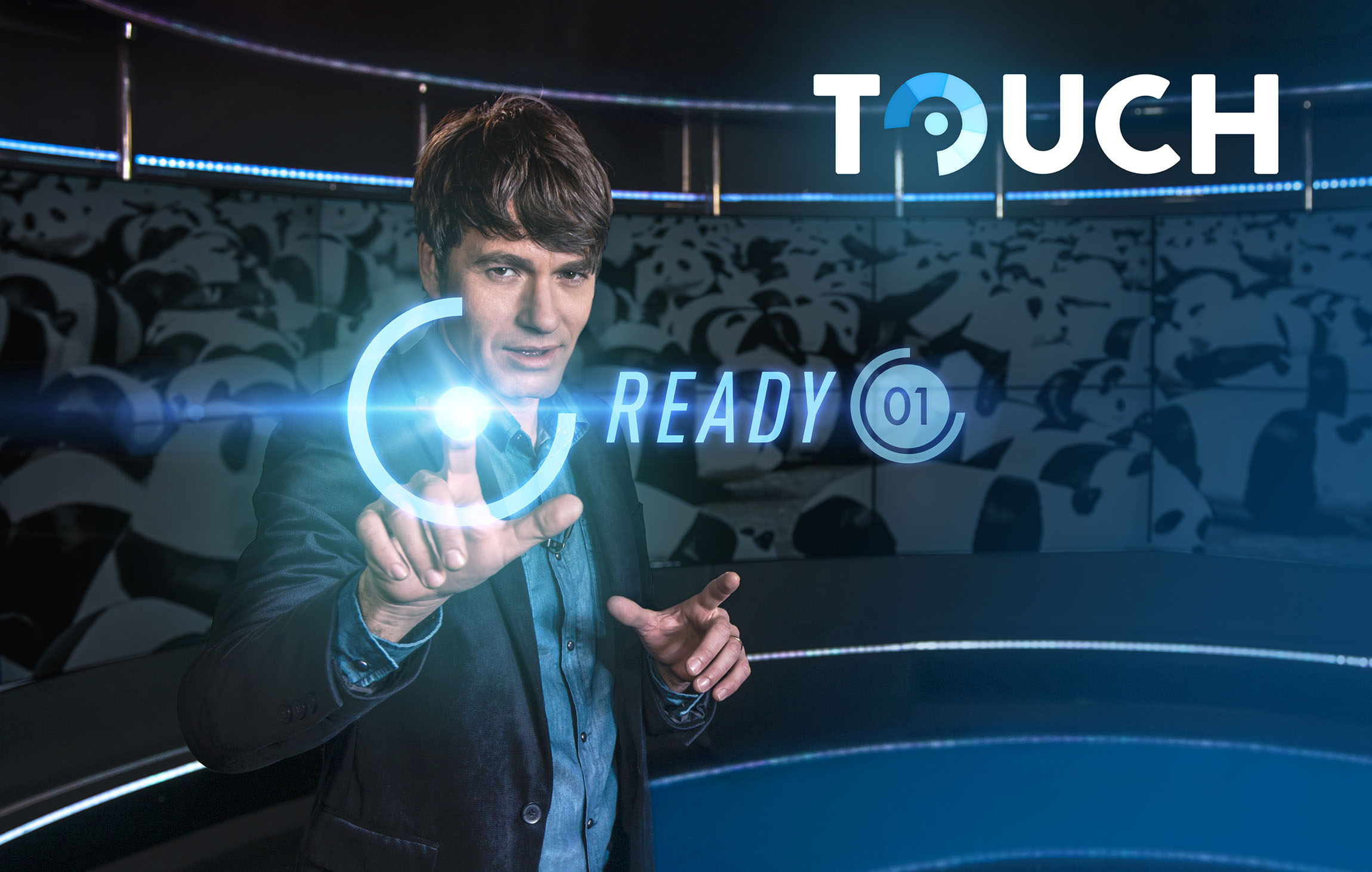 The management interface we developed for the program operator allowed him to bounce relevant content, open and close games, and control all content displayed to viewers on the mobile screens in real time.

TOUCH breaks occurred at varying times throughout the evening and received positive results from viewers playing the game in real time and trying to win prizes each evening. The game yielded high user engagement with 64% of “Returning users,” i.e. users who repeatedly returned to play during the breaks. This means that people stayed on the screen during shows and commercials in anticipation of the next game.

The game also yielded good results following the television broadcasts when we launched the product integrated into the Mako site, which allowed viewers to practice during the week ahead of the next show. 89% of the users who played the game during the real-time broadcast played the practice product that was uploaded to Mako.

The viewer who succeeded in the shortest time, signaled by a long tap on the image of his cellular device, earned the highest number of points among all the viewers at home in the same round. Viewers earned points from round to round until the break ended at midnight. This is when the TOUCH Daily Winner was crowned during the first Fridays with the launch of Keshet’s new broadcasting schedule. 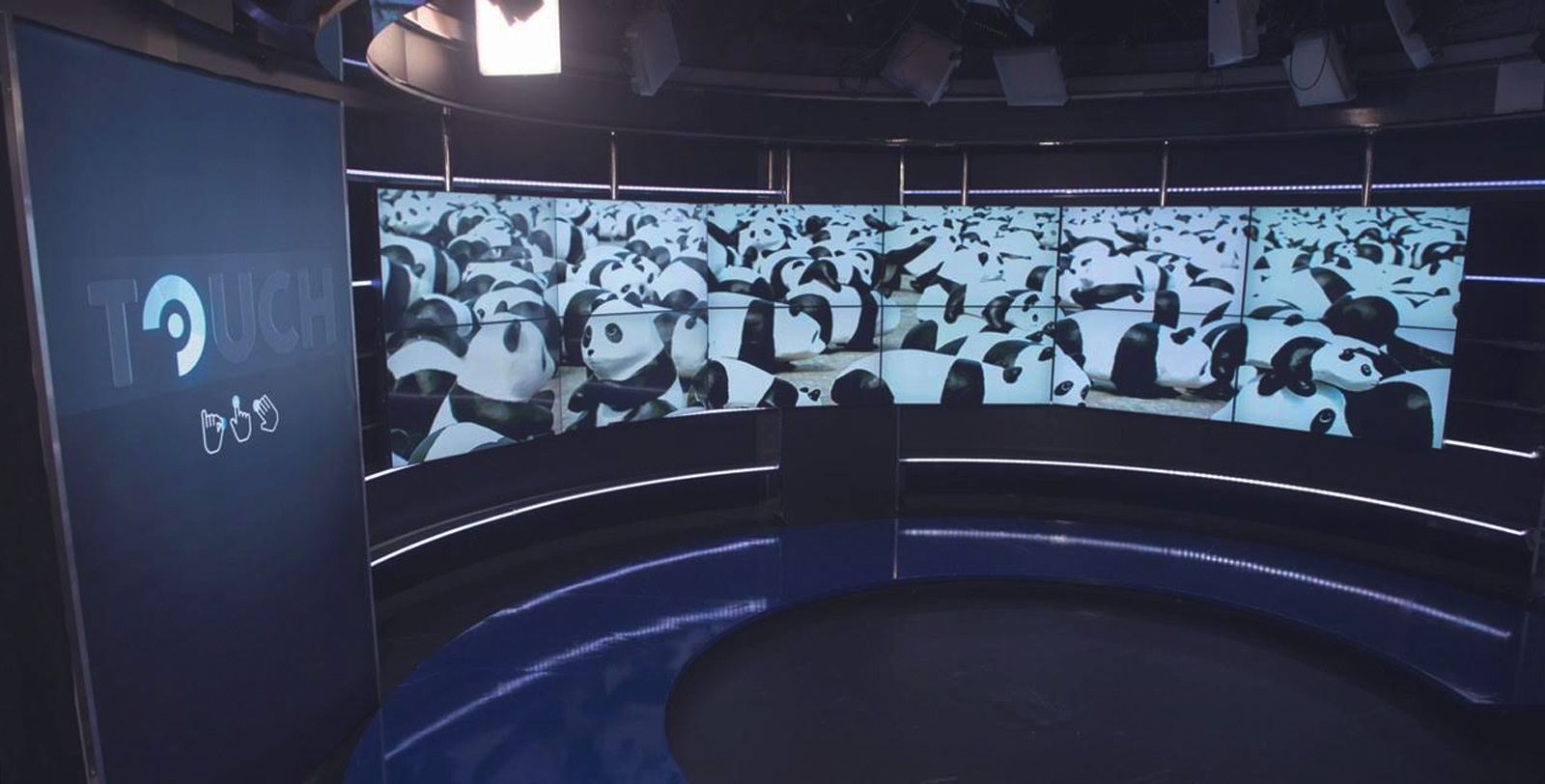 Watch and control all content shown to viewers on mobile screens in real time.

Our carefully designed interface underwent several stages before it reached the broadcasted viewer phase. The viewers were placed before us - a wide-ranging and varied audience of different ages with an emphasis on broad play as the family watches TV together. In order to emphasize maximum game experience mixed with simplicity, we tried to create the most spectacular, but also the most simple interface for the user so that even the least technologically advanced viewers can join in and enjoy the game show.

A comfortable and enjoyable interface, easy for any age to use
Addictive - once you start playing, you can’t stop
Accessible to play from any mobile device.
See results and ratings in real time
Share and challenge your friends in the game
The winner of each game is the player who can highlight on TOUCH the fastest what is wrong with the image.

The unique management interface we have developed allows the editor to prepare pre-set or real-time game content for live programs and decide in real-time what to view on home viewers' mobile screens.

Thanks to a simple interface we created, even a person with no technological knowledge can control the game and the content displayed on viewers' cell phones, so that the operator can synchronize the content with the TV show, with the click of a button you can open the game or stop it in real time. The operator can also push the viewers' mobile devices with additional related content embedded in texts, images and videos.

To minimize human errors on live show, we created a simulator that simulates a mobile screen within the management interface and preview the content before the operator pushes it to the viewers' devices.

The statistical engine that we created enables analysis and viewer results and app usage in real time, such as the number of people currently using the app, new and returning players, users who were able to find the fault in the image in the shortest time, and more.

In order to enable hundreds of thousands of viewers to play in real time, we set up a cloud server infrastructure capable of handling hundreds of thousands of inquires in the same second. The server mechanism is built in a smart way to create a balanced infrastructure that can grow as needed and, at the same time, maintain minimal resources and costs.

Following the success of both the show and the interactive interface, the product has been upgraded and also developed as a base product that Mako website editors can use within the content of articles, thereby engaging and interacting with the site’s users about the article subjects in a fun and interesting way.