January 20,2017
project goals:
Re-branding, upgrading the design and creating a more innovative and successful user experience for the radiometer platform that monitors musical and radio content and has been operating in Israel for several years.

We have been familiar with the Radiometer platform for a number of years as users and have been patiently waiting (and imagining) for the opportunity to throw our all into the creation of a new user experience with an emphasis on a convenient interface that directs the user and comfortably transmits content on each screen. The goal is not to overload the users nor make them unnecessarily “work hard” about thinking what content they need to consume first. We dreamed that, after creating a convenient user interface, we could give users a comfortable experience and instill in them what we think the Radiometer values should be. In other words, we knew that we could take this project above and beyond..

This happened in 2016 and our mandated mission was to transform Radiometer into the best possible platform for monitoring musical content in Israel. The results are before you now.

Before we start, we’ll explain exactly what Radiometer is. Radiometer is a digital product that monitors radio and musical channels in Israel 24/7 and allows artists and people in the industry to receive alerts and measure the playback amount of each piece, which is necessary for artists trying to accurately gauge the success of their work and even demand royalties accordingly.

לקחת פלטפורמה דיגיטלית הקיימת כבר מספר שנים, מורכבת, רחבה מאוד עם מאות עמודים והסתעפויותTaking a complicated, digital product that has already been around for a number of years with hundreds of pages and branches, as well as unsuccessful branding, and embarking on an innovative design adventure to create a new UI and rebuild the program is a difficult task indeed. It is a task that requires careful, meticulous planning and in-depth specifications, but this is exactly the type of work that we love to do!

Initially, we researched and wrote about all the features and options available on the platform. After that, we had to choose the important things to be done, i.e. what exactly we wanted the users to see and when, where, and how to bring users content that they really needed. In other words, we rated the importance of the current content and then thought of creating additional content that did not exist at the time, but seemed necessary to the platform users and beyond. We also thought about how to generate additional content in order to increase the site’s web traffic from a new target audience. We’ll expand on this topic later on.

Following our research, we decided on new features that we thought should be implemented, as well as the importance of the content items. We had a number of meetings with the client and during these meetings, we presented our ideas and the decisions that we had made. We subsequently received their feedback and then bounced back new ideas to them. Finally, we started to characterize the new product - the Radiometer 2017. During the characterization process, we removed the less successful features and added new and smarter ones that we thought were necessary for the system’s users, including daily, monthly, and yearly status reports and estimates and evaluations of which media stations are more or less important for the users.

We added supplementary features and upgraded some of the “song charts,” which became a major part of the platform. The assumption is that these charts are able to generate more traffic to the platform for relevant industry people and other target audiences. Among other things, we realized that we must make these charts more accessible to the target audiences that are not Radiometer subscribers. In this way, Radiometer can become more of an authority in its field. The charts became an important component of the process since part of the conclusions that we reached are that, as long as we present more comparative data, we can effectively demonstrate to the artists their status. Relevant people in the industry can also study and observe the specific data from each station and media body in order to know, at any given time, which pieces are more successful and receive more media attention.

The rebranding process was the shortest part of the project as it was clear to us that we wanted to maintain the motifs and colors that are still similar to the current branding. It is not good to give the feeling to current users that they are suddenly landing on something different. Yet, on the other hand, it was still evident to us that we had to rebrand and achieve a good enough result so that we didn’t feel compromised because of today’s active users. 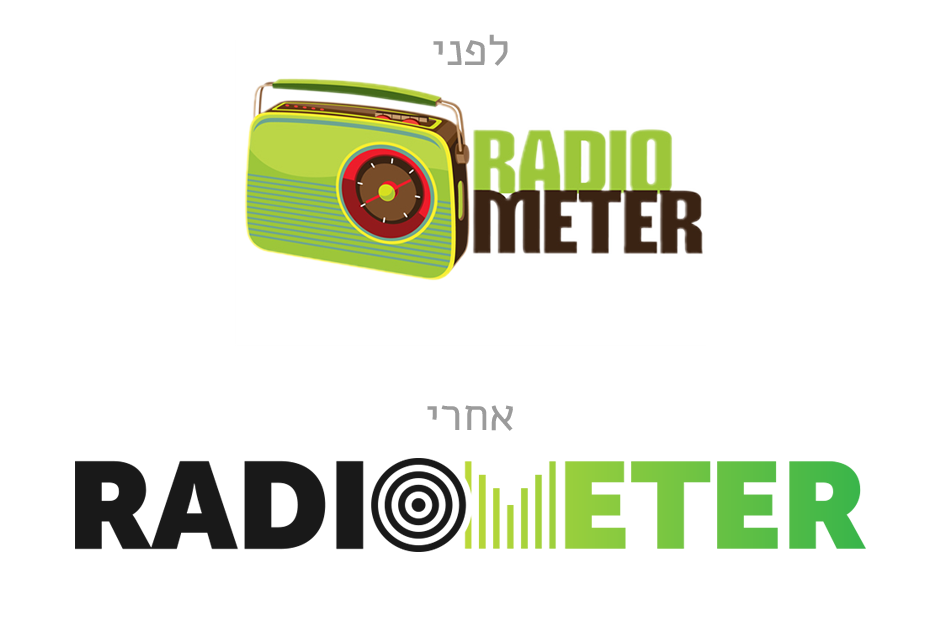 We created the user experience while focusing on mobile devices with the assumption that the users are busy people who need the information as quickly as possible. They do not go in to read the newspaper or receive news updates, but rather to receive real-time data on their situation. This is why we created a clear, comfortable, and uncrowded UI in which each screen has a hierarchy of content so that the users do not need to think too much about where to go or which content to consume first. 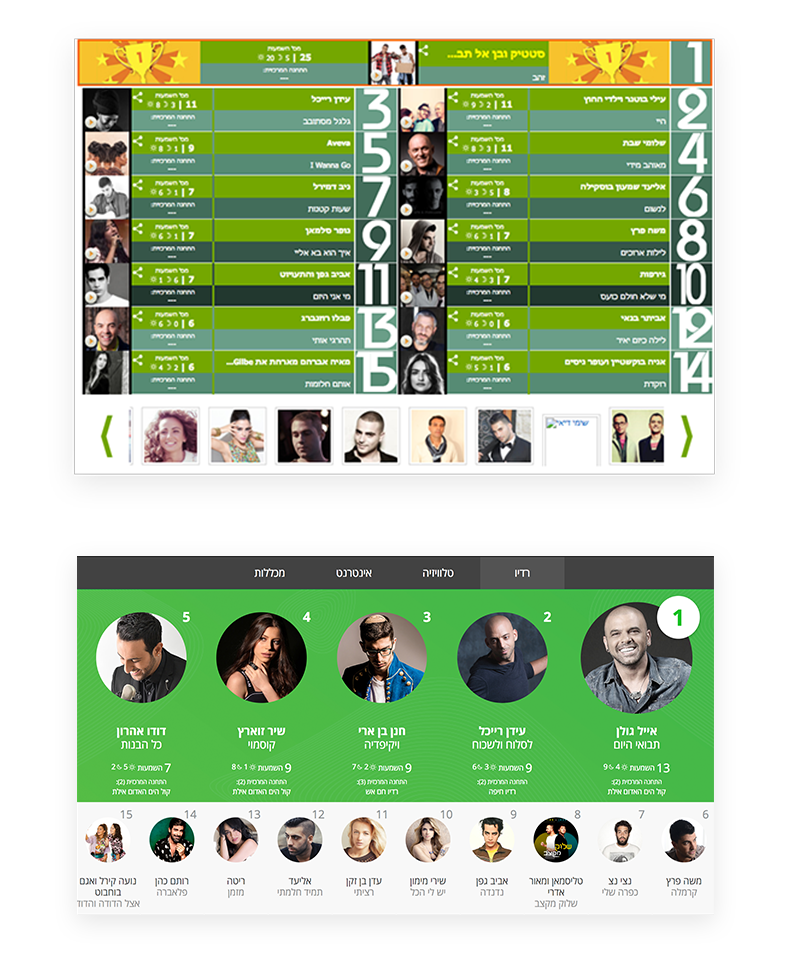 Responsiveness is not always r the right solution, you always have to find the correct balance

In Israel there is a common assumption that digital products are required to be responsive to different devices than dedicated versions adapted to mobile devices, however, there are many cases where elements and behavior in the UI must be changed in different devices to allow for maximum comfort even on small mobile devices-  Building the user experience for mobile devices on Radiometer, we occasionally created different behavior and interface on mobile to allow more successful use.