Branding and Building a Web Site

22 אוגוסט 2013
project goals:
Branding Telefire company, which has been operating since 1979 as the leading manufacturer in the fire detection system industry.

Upgrading the visual image of the Telefire company, which has been operating since 1979 and deals with development, manufacture and design of advanced fire detection systems for clients all over the world. During the operation we promoted, we created a concept and graphical language according to the company’s values and according to the graphical concept that existed in the company at the time, thus we did not sever the connection between the new branding and the image of Telefire company that was known to its customers for years.

As part of the branding upgrade process we produced printed catalogs for the company’s flagship products, for which we photographed the products in atmospheric pictures that would suit us and also specifically according to the catalog’s chosen design concept. Together with the branding process, we upgraded and built a new web site that represents the Telefire company, presents the company’s activity, its products and contains a personal area for customers, which they connect to using a username and password, and in which they can order from the ordering system, download catalogs and information pamphlets, view the products’ technical documentation, personally and specifically contact Telefire representatives as part of the company’s support effort, etc.

As part of the project, we photographed all of Telefire’s products, for the web site and also specifically for the product page, thus we created photographs of the products that matched the graphical concept according to the selected site’s design and the way in which we decided to present the products. 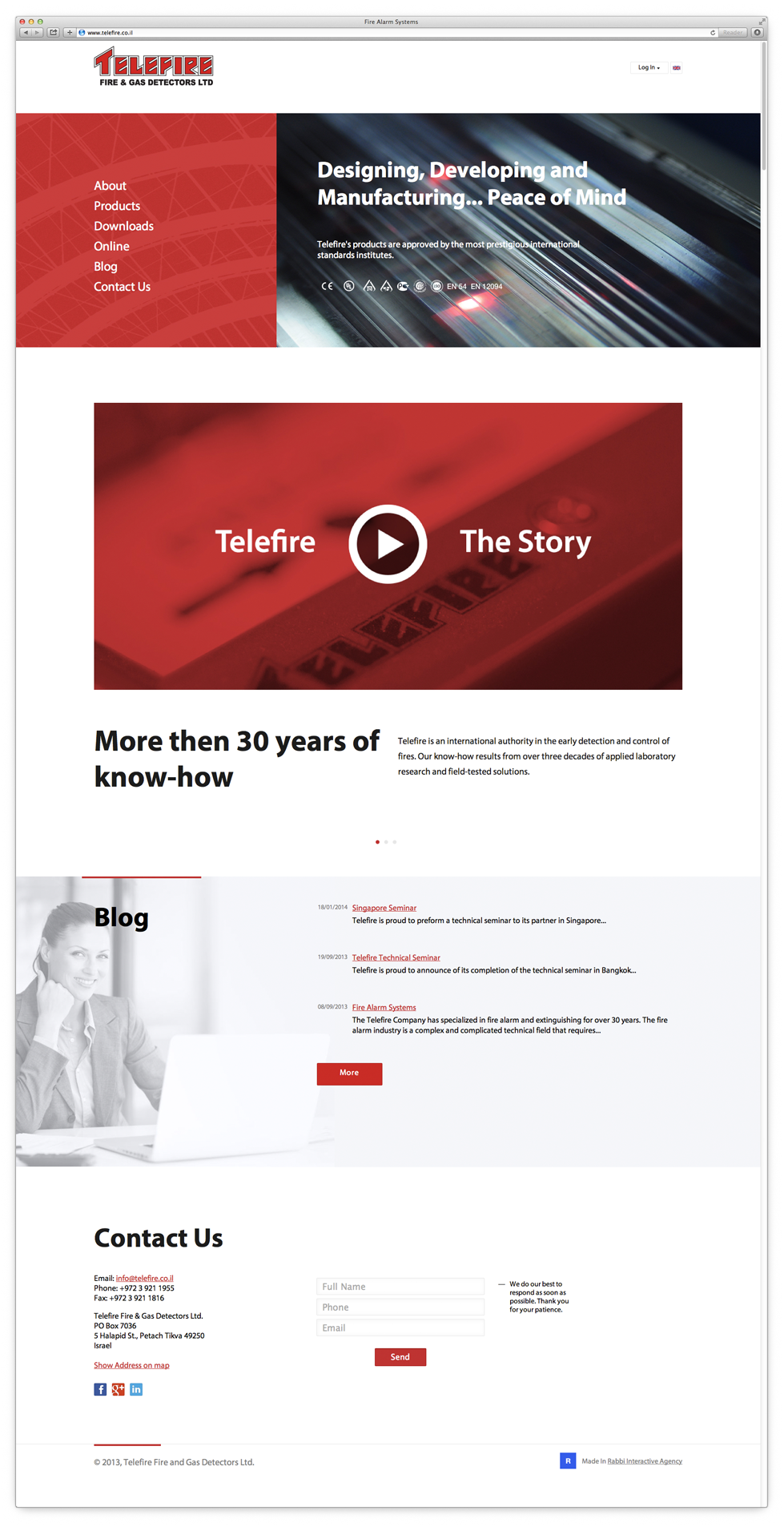 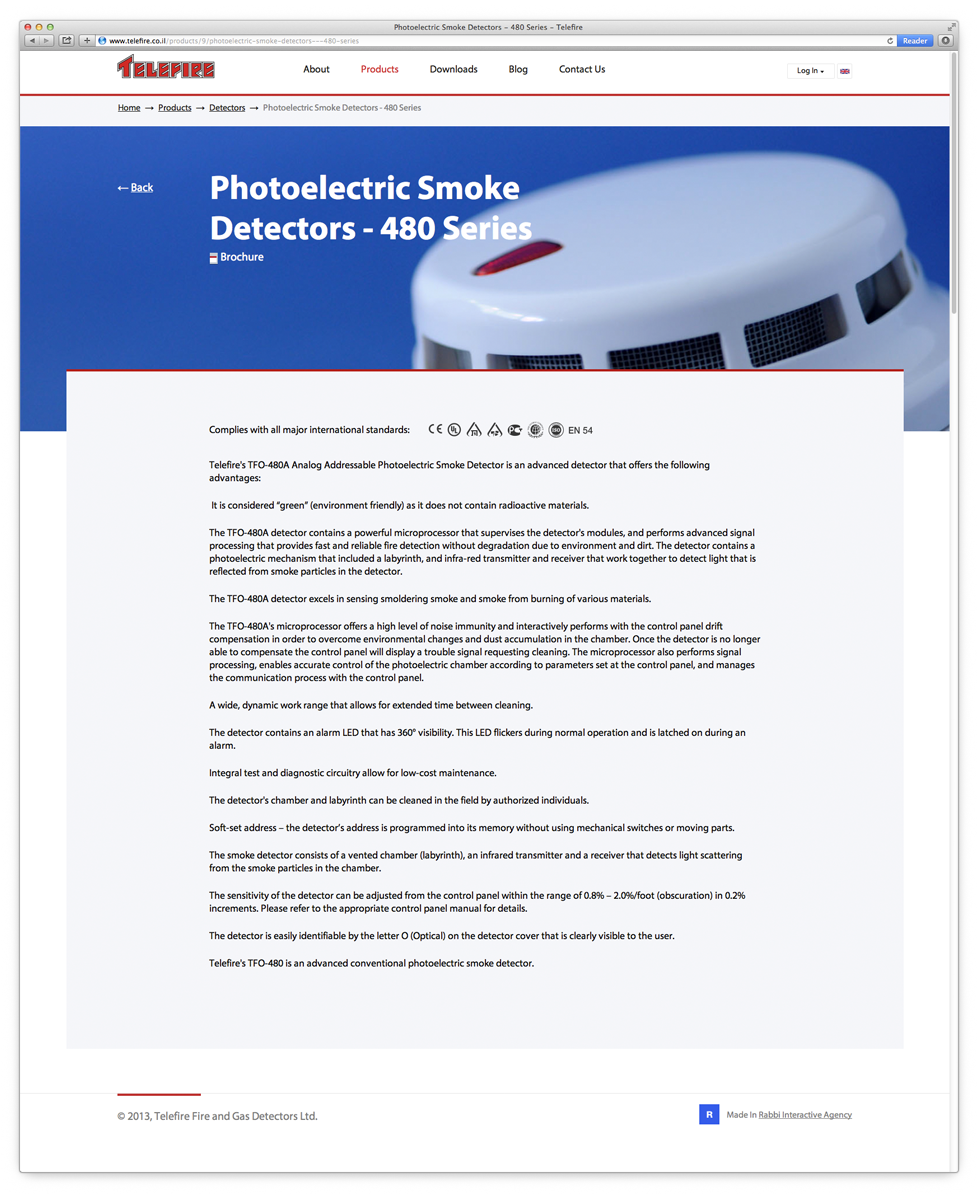 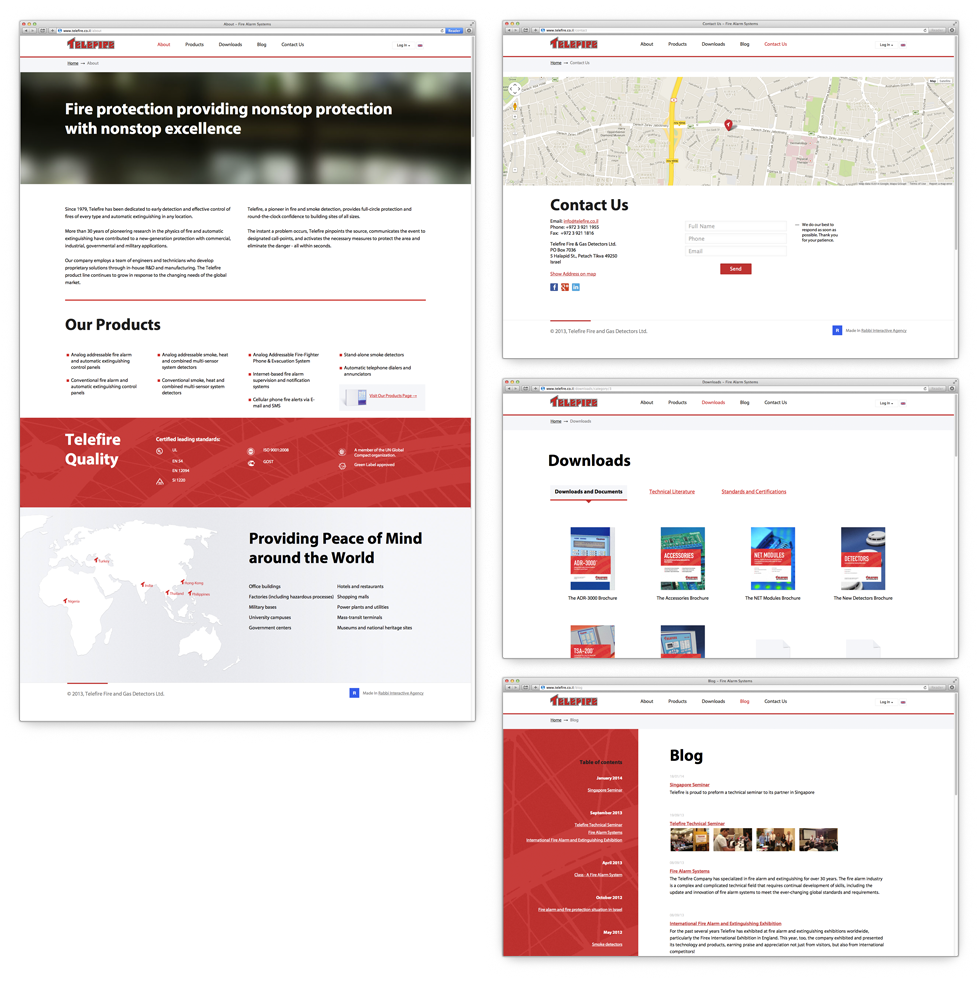