Race to the Golden Ring

05 מאי 2013
project goals:
Deepening the connection between American Express with the membership club and strengthening the value-based connection to these kinds of events. Promoting the show and creating buzz and talk about it.

Depeche Mode, the successful electronic music group, arrives in Israel for a show as part of their world tour. American Express has a value-based connection to these kinds of events, through which it aims to surprise and excite the brand’s community of customers of the. The concert is an experience that is usually is shared together by several friends, so we looked for a concept that would connect people before the show itself, a concept that would be viral enough, full of excitement and would preserve the relevant content. 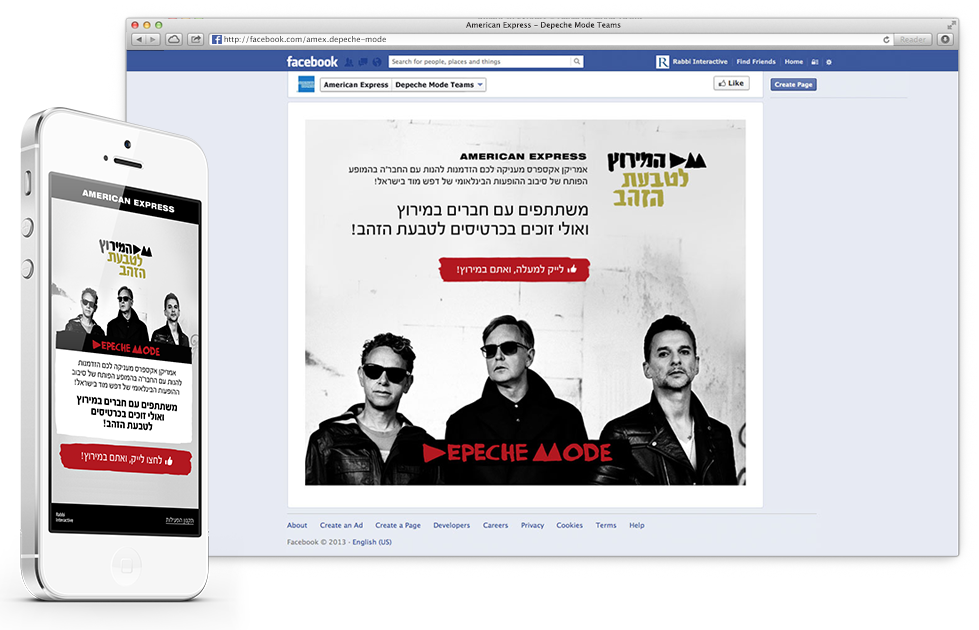 When we developed the campaign’s strategy, we understood that in order to effectively reach the goal we would need to activate its viral component. We created a game in which teams of four members competed for winning tickets to the Golden Ring and a VIP meeting with the band members. The winning team was the one that finished the race in the shortest time. 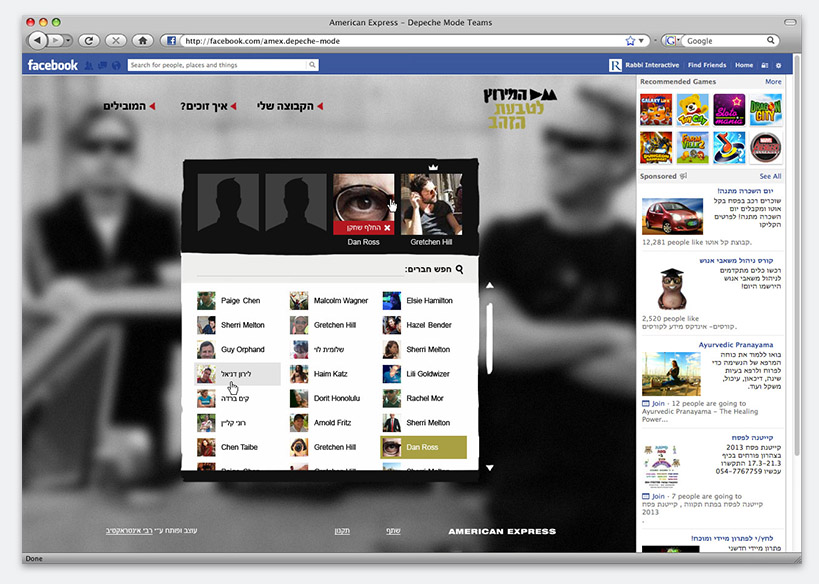 The first participant creates a team and invites three members to join them. The members have the option of approving the request and joining the team, or they can start teams of their own. The team’s clock starts ticking as soon as the first participant has invited their members, and stops when the last member answers the questions and finishes the race. Member selection is very important, because the duration is shared among the team, and thus everyone needs to join and finish the game as quickly as possible. The team’s creator can, at any moment, urge the members to hurry up, or can replace them, as long as they have not yet approved their membership. 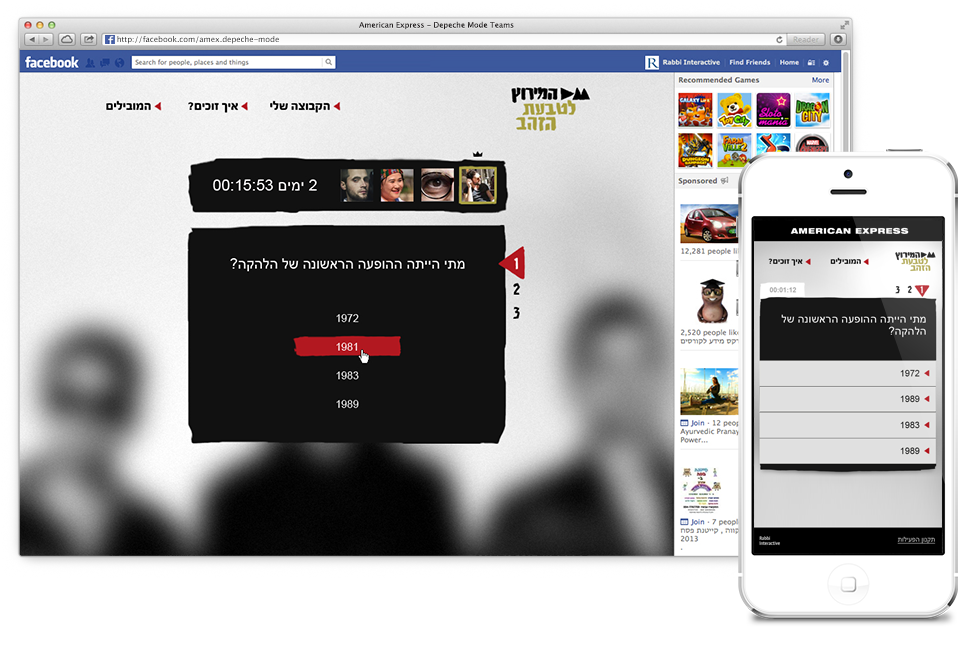 Young people are connected to mobile. That’s the premise that led us throughout our planning of the game. We knew that in order to maximize the results of viral exposure we would need to allow game access and participation from anywhere. This understandin

We implemented a Facebook action to tell friends of the participants about their participation in the race. This led to massive exposure amounting to more than 100,000 unique users.

The “urge” button was meant to urge invited members who had not yet joined the team. After pressing the button, that team member would receive a wall post and a notification, which would increase interest in the activity and lead to joining it. This component measurably improved the activity’s viral nature.

The Golden Ring campaign was promoted in social media through paid posts and a segmented advertising campaign at the American Express Facebook page. The activity produced surprisingly viral results with a very low media budget. 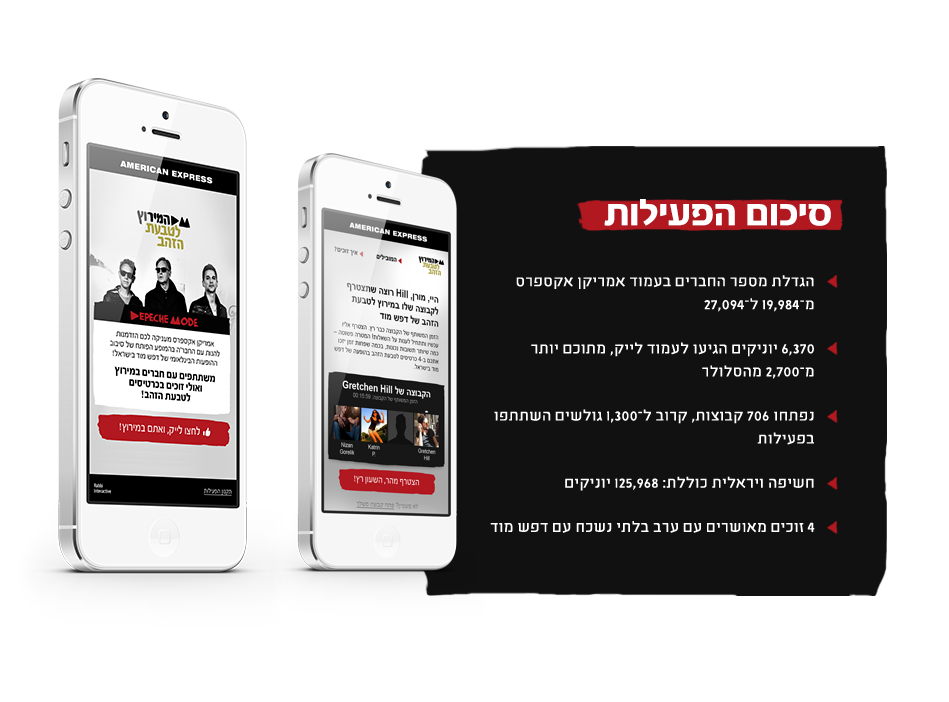