20 ינואר 2013
project goals:
Strengthening the relationship between clientele who is getting married and Zap’s Getting Married brand.

The trivia campaign we set up for the Zap’s Getting Married portal invited visitors and members of Facebook to the game site, a special site we designed and developed. The concept we adhered to was to provide an experience similar to that of a TV quiz show, and so we connected sounds and background noises appropriate for the moment in the game and the behavior of the participant in the game. The game presented trivia questions in the topic of weddings and getting married, whereby the winner was whoever succeeded in correctly answering as many questions as possible within the allotted game duration. 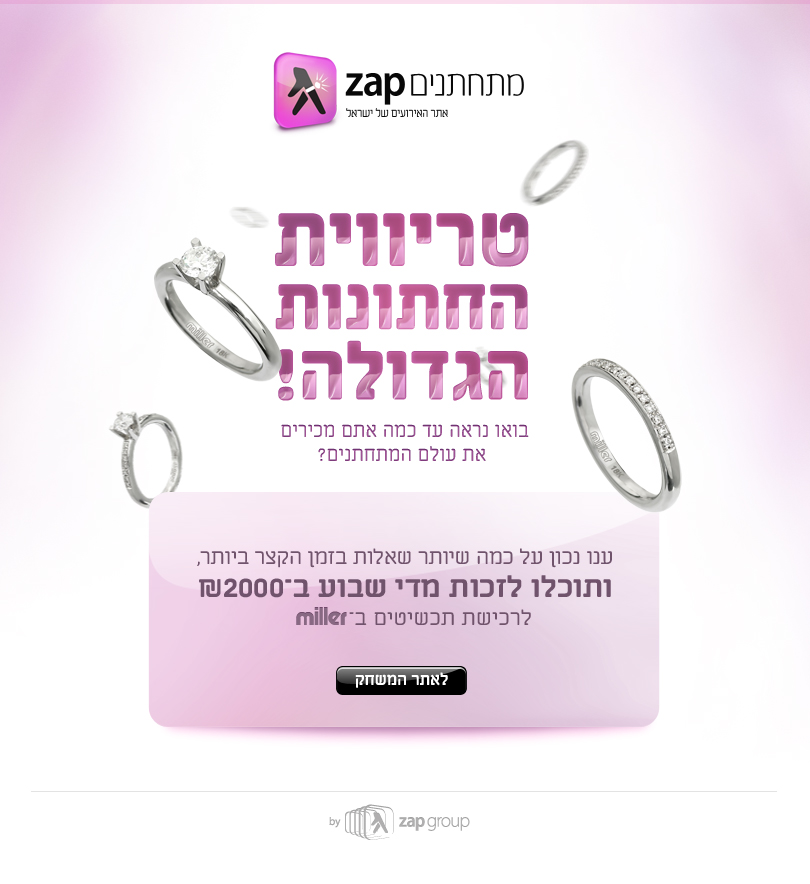 We promoted the gaming platform and activity site we created via banners on various Zap sites, a targeted segmented campaign on Facebook, and on additional niche sites that were suitable for the target audience. 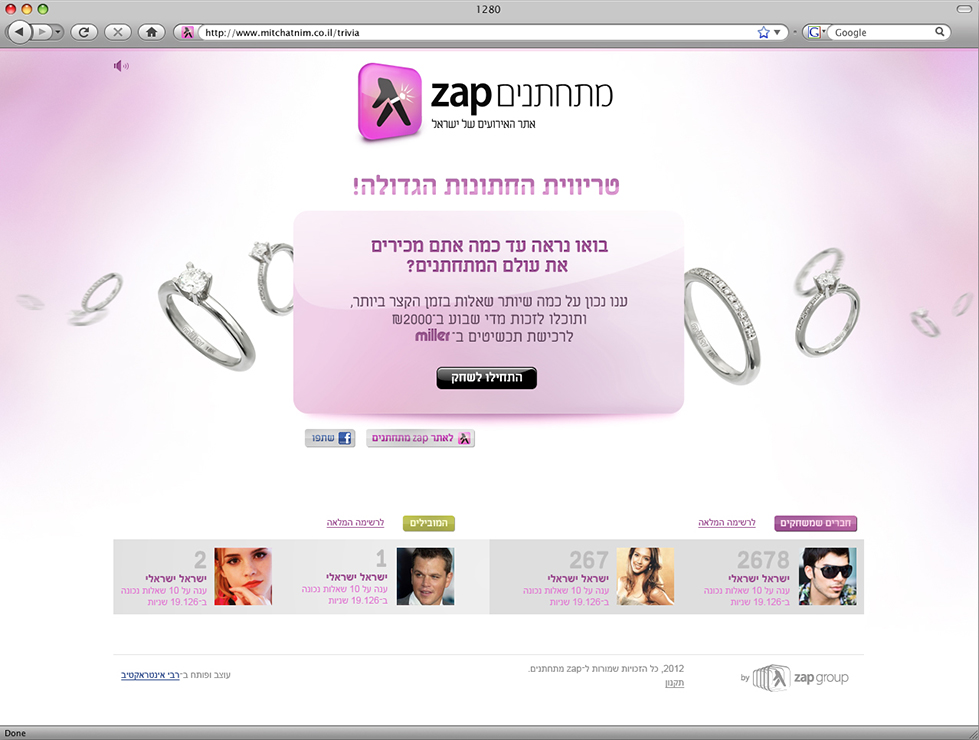 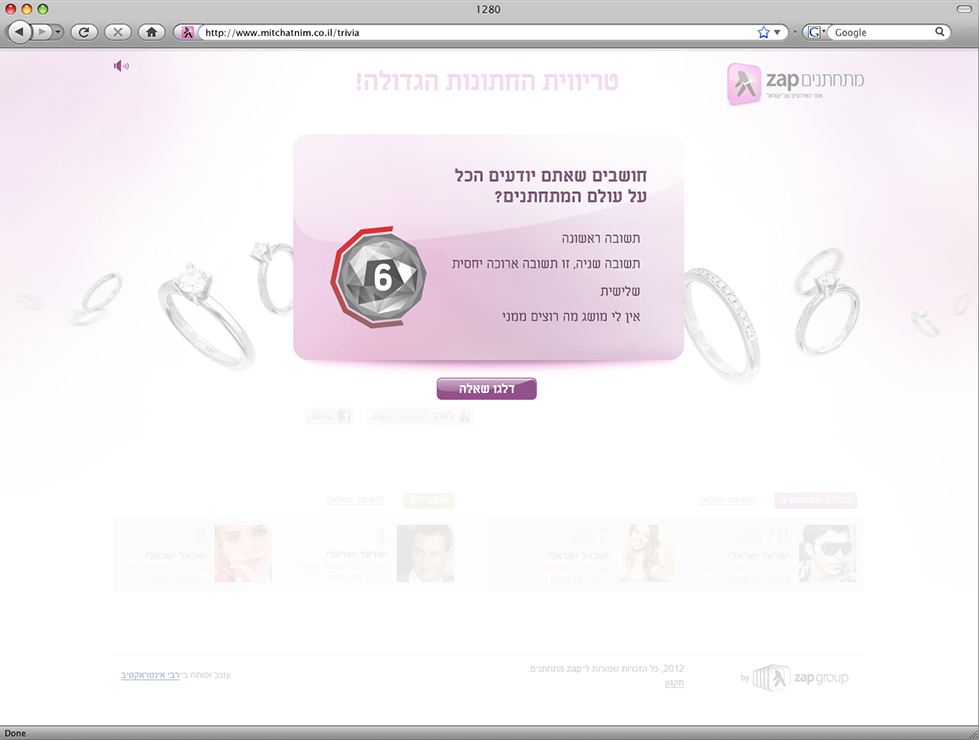 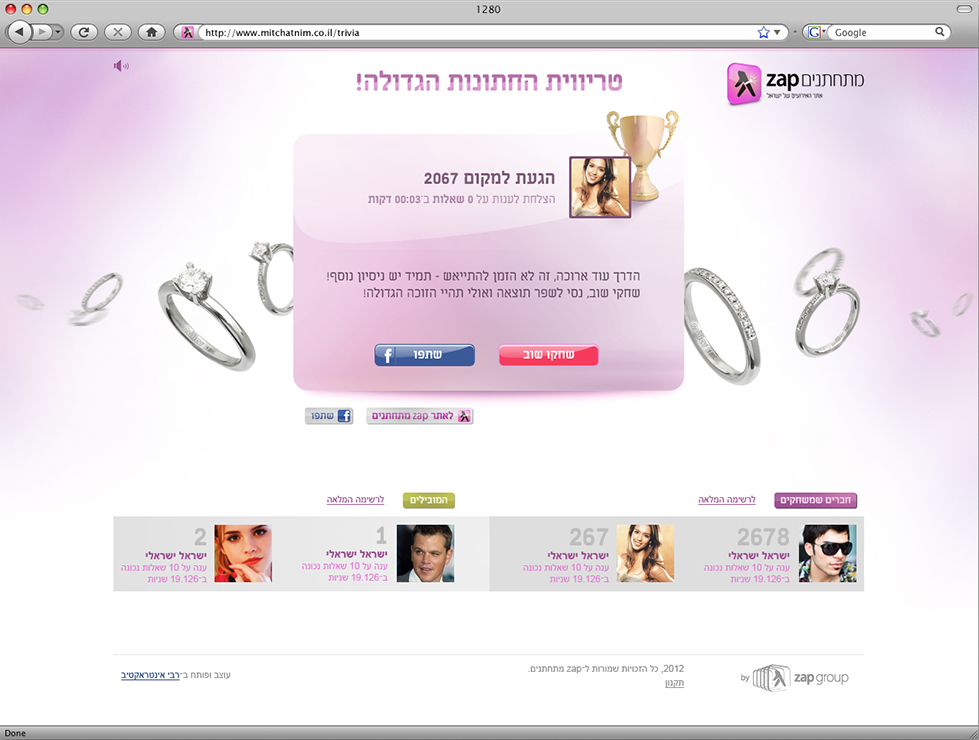 Sharing the result after the game 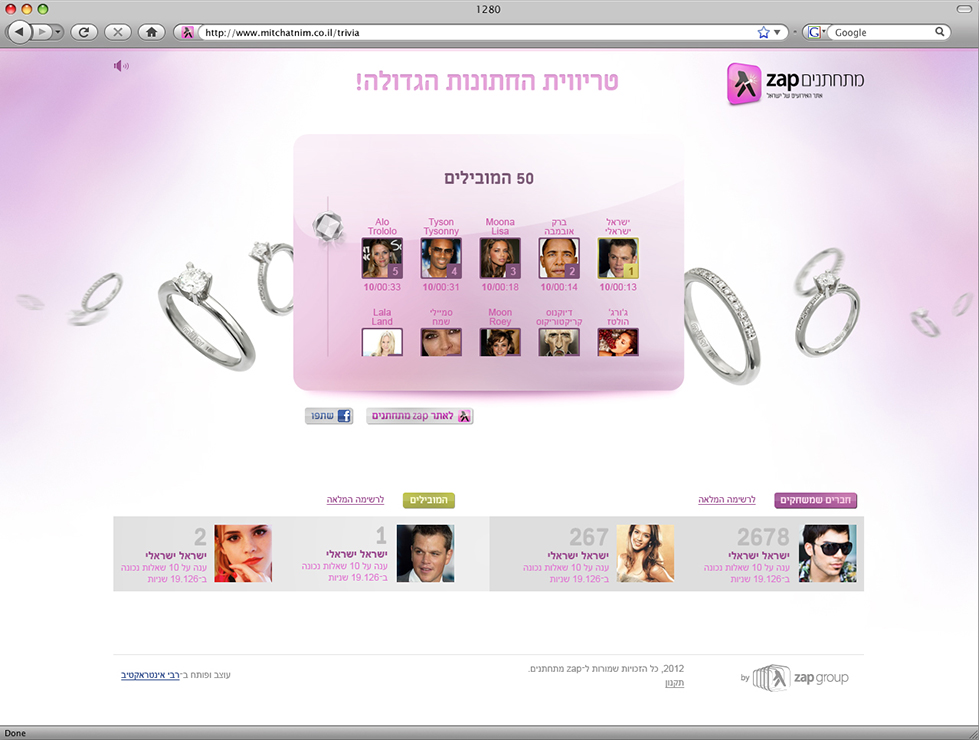