05 אוגוסט 2011
project goals:
Launching a single in the digital arena to fans of Infected ahead of the general public and creating a discussion about the topic in social media.

Development and design of a Facebook application for the trance music group, Infected Mushroom. The Facebook application allowed visitors and members of Infected’s page to exclusively listen to the new single, Pink Nightmares, long before the single was launched on the usual platforms. 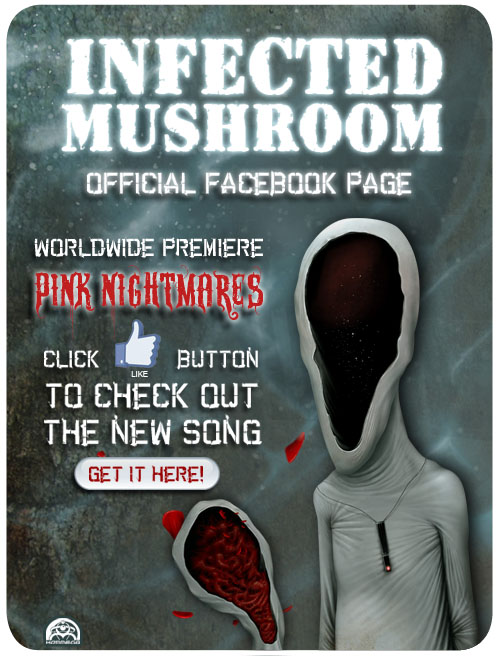 The idea for the application came from a desire to give the band’s large audience, as well as members of Infected’s official Facebook page, an opportunity to listen to the new single before the general public. The application received 320,000 visits and single plays within the first day of its release, and Infected’s official world Facebook page, as of August 5, 2011, had about 653,543 members from all over the world. 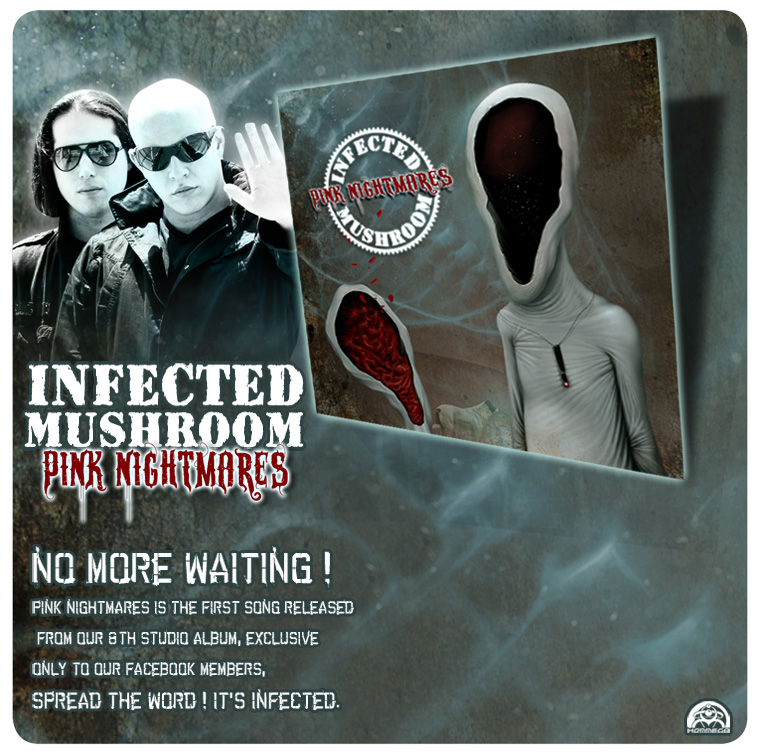