The speed game was created as part of a promotional campaign for Orange’s 4th generation technology at the Big Brother final program of Season 6. The game launch was synchronized with advertisement broadcast times during each break. Synchronizing the game with the advertisements increased the exposure of the advertised product and created quality interaction with the advertising content.

The challenge that we were facing was to resolve and execute the brief within a timeframe of just a few short days prior to the final game. After planning the game, the end points, scoring system and operating methods, we designed the game screens for mobile and tablets, as well as the icons that would be added to the 4th generation icon. We started game development while doing the design work in order to be able to be ready on time for the broadcast.

Orange’s speed game invited Big Brother spectators to enter a MAKO application at the beginning of Orange’s ad. The game’s opening was done in real time, and was fully synchronized with the ad broadcast by automatically jumping into the viewers’ screens, as a user entered the game screen before the ad was broadcast, they would have seen a waiting screen informing them that the game would reopen upon the next ad; then once the ad began, the user would be bounced automatically to a 5-second timer and to the game’s beginning. 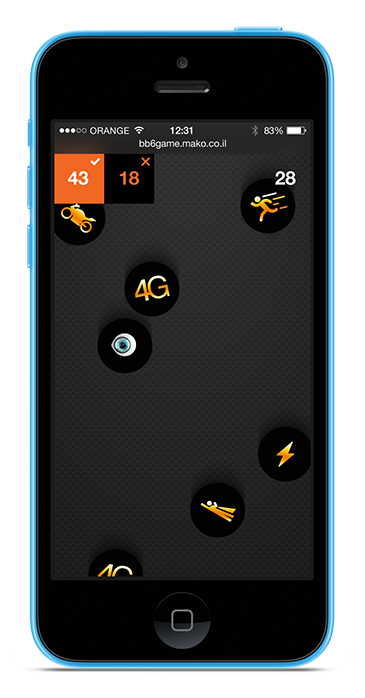 The game’s goal is to catch as many 4G icons as possible while avoiding being disqualified. The game included 11 stages, upon each of which the game’s speed was increased, as well as the level of difficulty. The game was developed for and adapted to all of mobile and tablet platforms.

An additional challenge we faced was supporting a large number of “connected” users in a short time, since all of the surfers enter the game at exactly the same time, not at different moments over time. We developed the game in a manner that it spreads itself over dozens of servers. 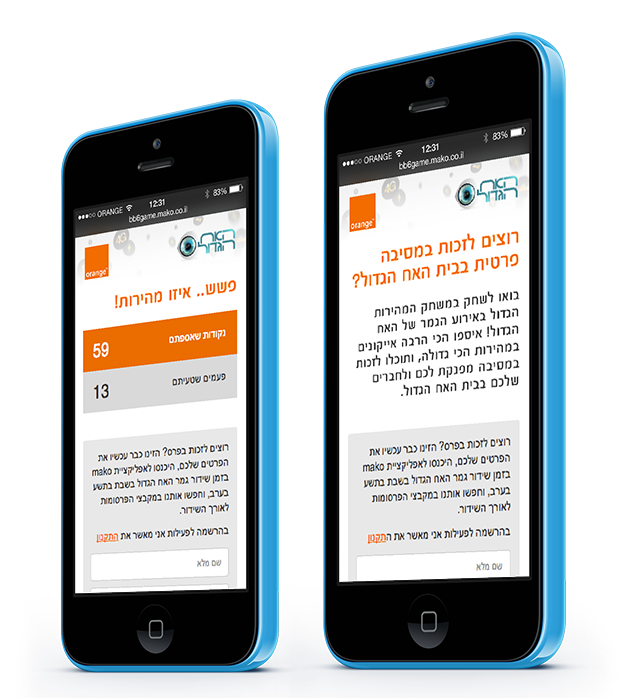