Digital Array for the Innovation on Television Conference – INTV

March 15 2015
project goals:
Representing the INTV conference in the digital arena, building the online array for conference registration and encouraging participation during the conference through mobile devices.

The INTV is an international conference which focuses on innovation in television, and is now taking place in Israel for the third consecutive year. This year, the conference was hosted in the Jerusalem YMCA center, and included talks and panels concerning content, media, and innovation, with the participation of senior members of the Israeli and international television industry.

The digital array we created for the conference included building a specialized desktop website, a site for mobile devices, and a native mobile application for cellular devices that has appeared in Google and Apple’s app stores. The project began with checking, researching and ascertaining the requirements, continued by project designing, selecting relevant platforms, and defining the digital infrastructure of the conference.

Prior to the conference, we invited senior industry representatives from Israel and from around the world to register to the conference via the desktop and mobile versions, to view the planned itinerary and lecture content, and to become acquainted with the speakers and their professional bios. In addition, we gathered and presented supplementary content for the conference participants, including locating hotels close to the conference's location.

The mobile application we created was used by the conference attendees to become well acquainted with each other in the digital arena before and during the event itself, which led to breaking the initial barrier often present in face-to-face meetings. During the conference, the participants met each other in the real world, and used the digital tools we had provided in order to identify each other, to get to know the people they were speaking to and to communicate with them in the digital arena.

In addition to the interaction between participants, the application allowed sending push notifications to cellular devices. By doing so, we invited the guests to move between halls and lectures in various locations, to enjoy lunch, and to raise a happy-hour toast that concluded the day of talks.

Itinerary and conference content display on the desktop site

The conference opening was held at the Peres Peace Center, by the former President, Mr. Shimon Peres, who hosted the AMC network president (“Breaking Bad,” “Mad Men,” “The Walking Dead”), Stephen Friedman (president of MTV), and Rick Rosen (senior partner and manager of the television department for the American agency, WME, which is responsible for importing a respectable amount of Israeli content to the USA). 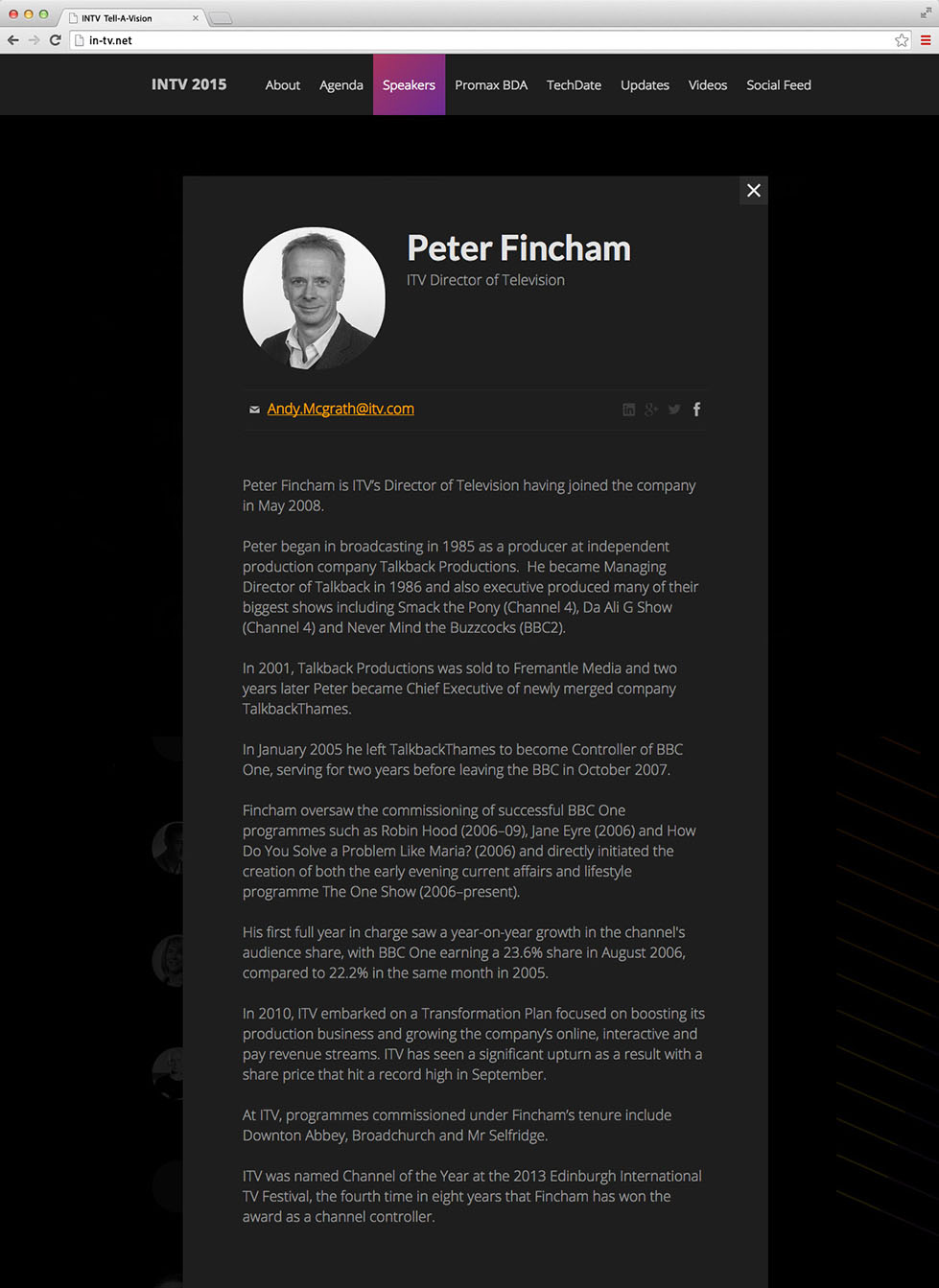 About the conference in the desktop version, INTV conference 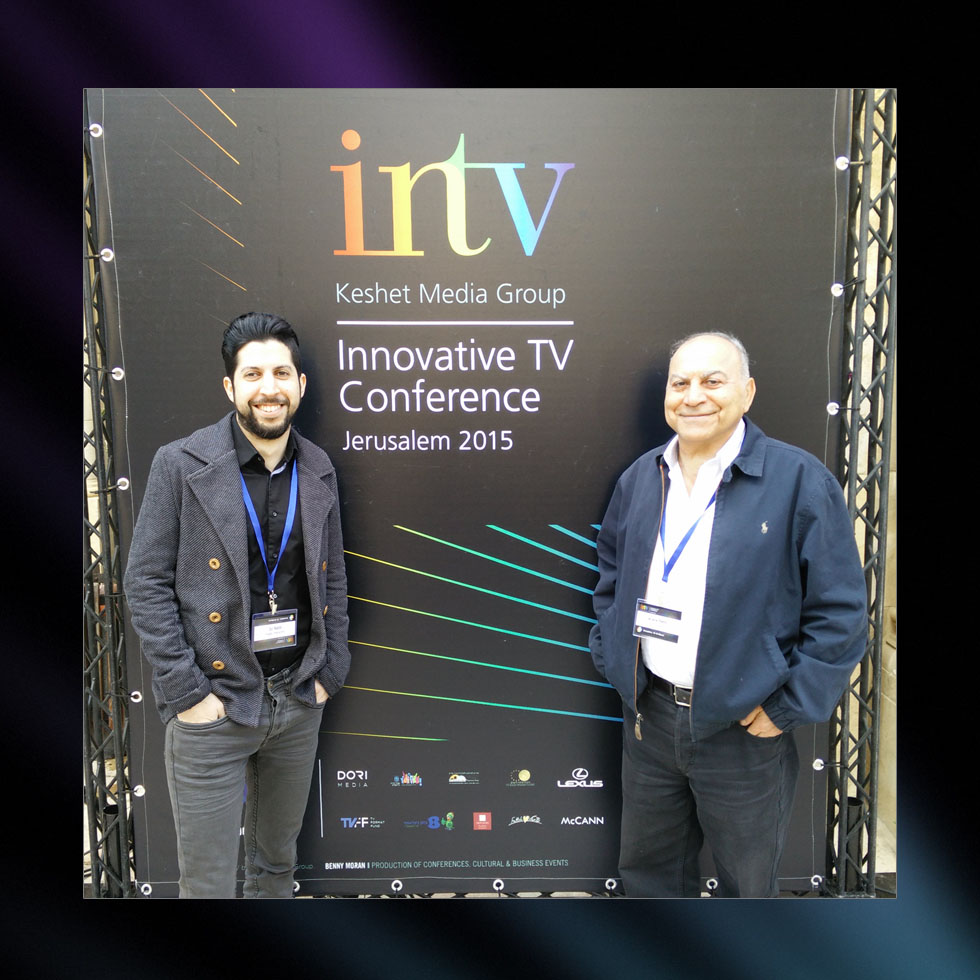